Ray Swanson, president of the Cowboy Artists of America and one of the most poignant painters of Arizona Indians, was remembered this week by artists, fans and the people whose images covered his canvasses.

A member of the Cowboy Artists of America and the American Watercolor Society, Ray Swanson was known for his Southwest Native American subject–the Navajo, Hopi, Zuni and Apache Indians.  He was especially known for depicting children and smaller animals belonging to these tribes and for the beauty of their traditional costumes.

Swanson was raised in rural South Dakota and settled in Carefree, Arizona. He first visited a Navajo Reservation in Arizona in the early 1960s, and from that time, incorporated Indian figures and genres into his subject matter. He also began to paint, encouraged by his wife and friends, and he displayed his work at the curio shop he and Beverly opened in Oak Glen near Los Angeles. Gallery owners in New Mexico and California began carrying his work, and he became a full-time painter.

In 1973, he and Beverly sold the shop and moved to Arizona where he continued to paint the Native Americans. He also painted some landscapes and seascapes in both watercolor and oil and traveled widely in search of subject matter beyond Arizona.

In 1979, he was named Arizona Artist of the Year and in 1986 was voted into membership of the Cowboy Artists of America, which he served as president at the time of his death in 2004.  He was also a signature member of the American Watercolor Society. 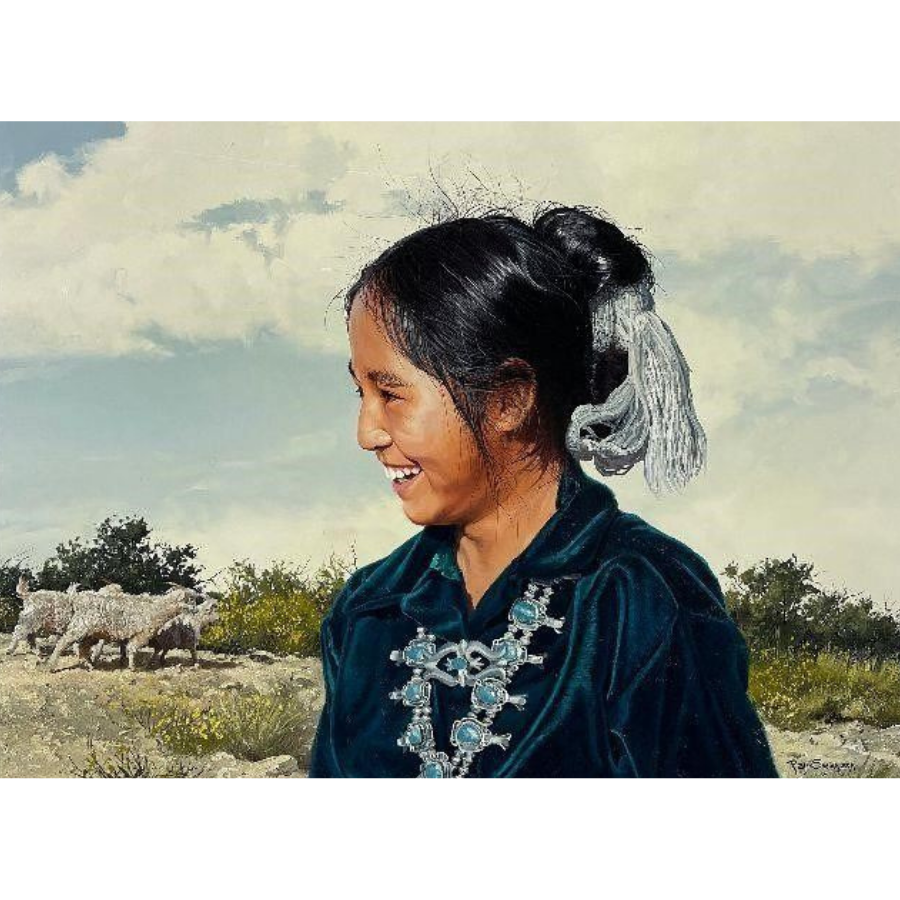