Ila Mae McAfee was born in 1897 in the small ranching community of Sargents in southwestern Colorado near Gunnison. She died in 1995 in Pueblo, Colorado, where she moved after leaving her adobe home in Taos, New Mexico in the late summer of 1993.

In 1926, McAfee married Elmer Page Turner, an artist whom she had met on her parent’s Colorado ranch, and that same year she visited Taos, New Mexico. Two years later, she and her husband settled there, and in 1929, they built the White Horse Studio, which continued to be her residence until 1993, when she moved to Pueblo, Colorado.

In Taos, she became known for her pueblo paintings and her depictions of horses and other animals as well as Native Americans, ranch scenes, and landscapes. In 1981, she was voted Taos Artist of the Year. She also worked as a WPA artist, completing many commissions for post office locations such as Edmond, Oklahoma, and Clifton, Texas. 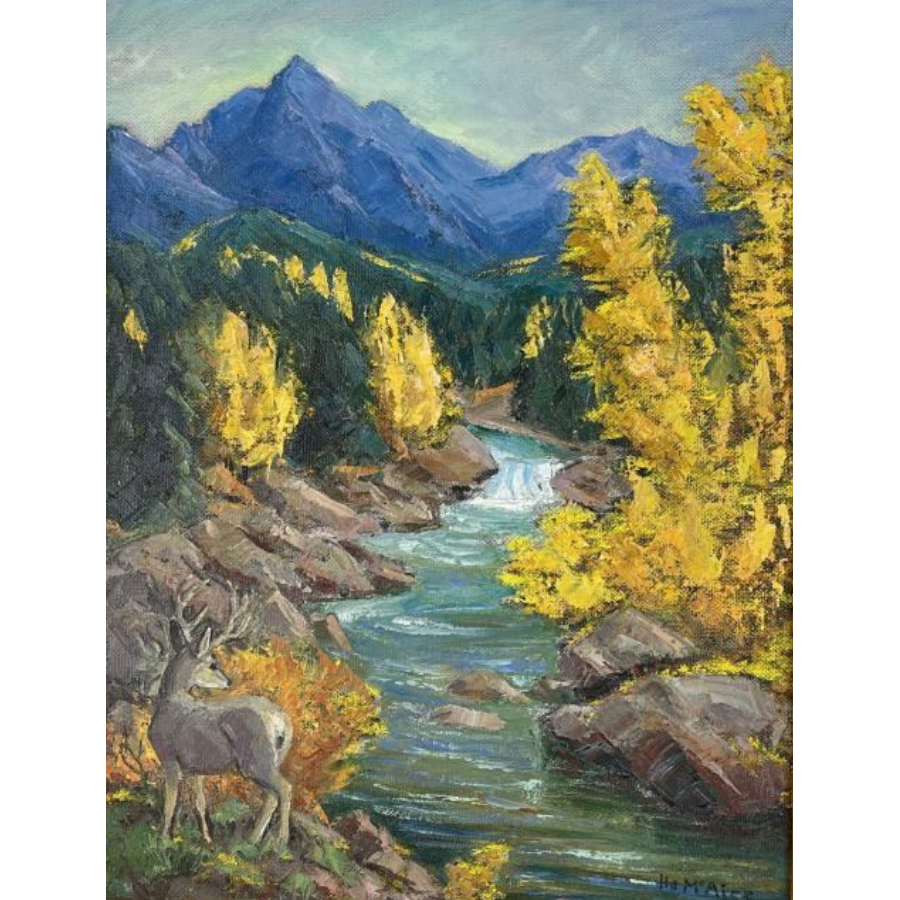