The constant stream of cattle and ‘vaqueros’ moving through his hometown had a powerful effect on the young Borein, who began to sketch these men and animals when he was but five years old.

He was raised in San Leandro, a western cow town, in a family where his father was a county politician. Edward had many childhood memories of herded cattle and their cowboys, which he began sketching at the age of five.

He was educated in the Oakland, California schools, and at the age of 17 began working on a ranch near Oakland and then drifted and sketched as a working cowboy throughout the Southwest, Mexico, and Guatemala. It was said that he practiced his art on anything he could find from bunkhouse walls to scraps of paper. At age 19, he enrolled at the San Francisco Art School, his only formal art training, and there he met Jimmy Swinnerton and Maynard Dixon who encouraged him in his art career.

This was a final move. He and his wife built a Hopi-style home, and he taught at the Santa Barbara School of the Arts until his death, and also turned increasingly from oil to watercolor painting. “On occasion, Borein would decorate place cards for dinners with small watercolor sketches of cowboys, vaqueros, Indians, and Bucking horses”. (Santa Fe Auction) From his studio, which again attracted many of his friends, he depicted Indians, cowboys, and California ranch life and was financially successful. 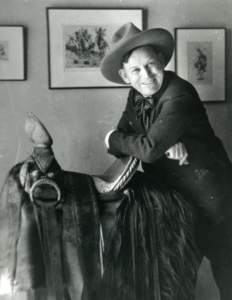 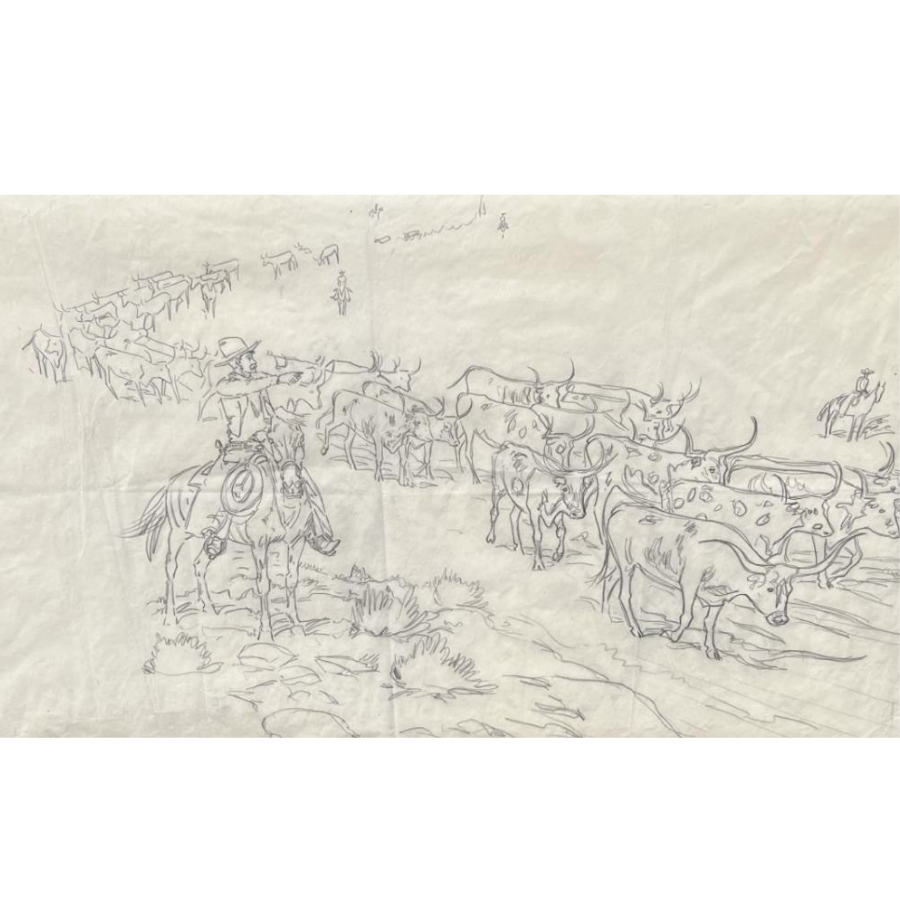 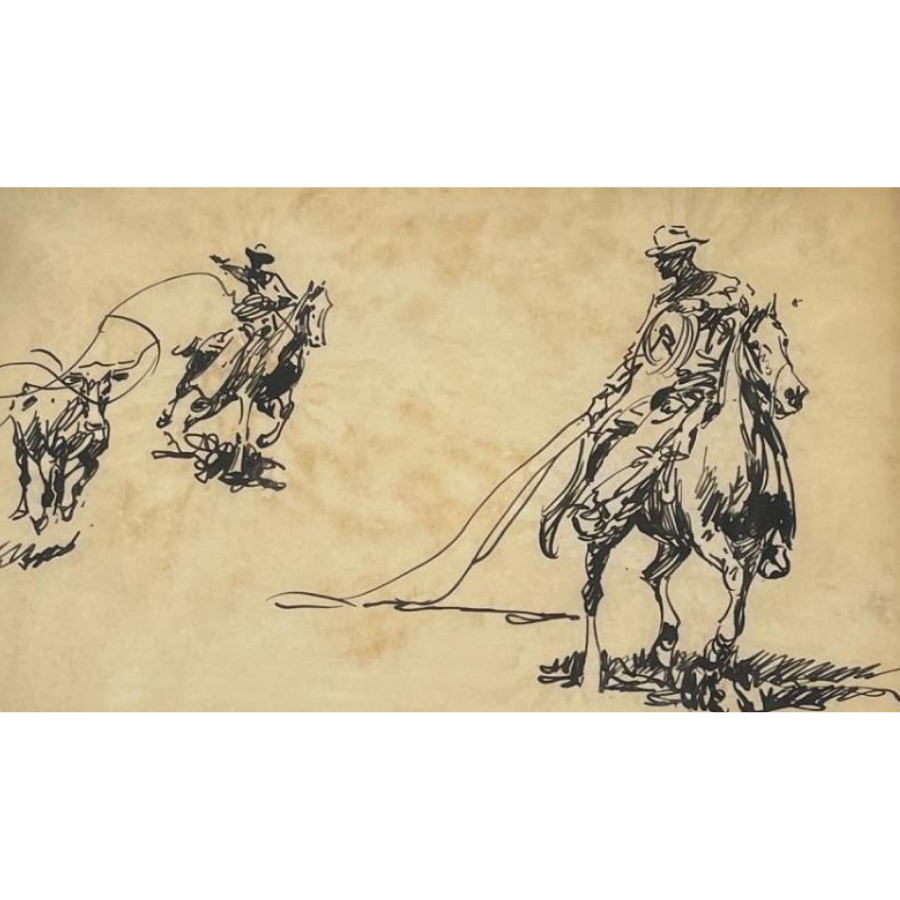 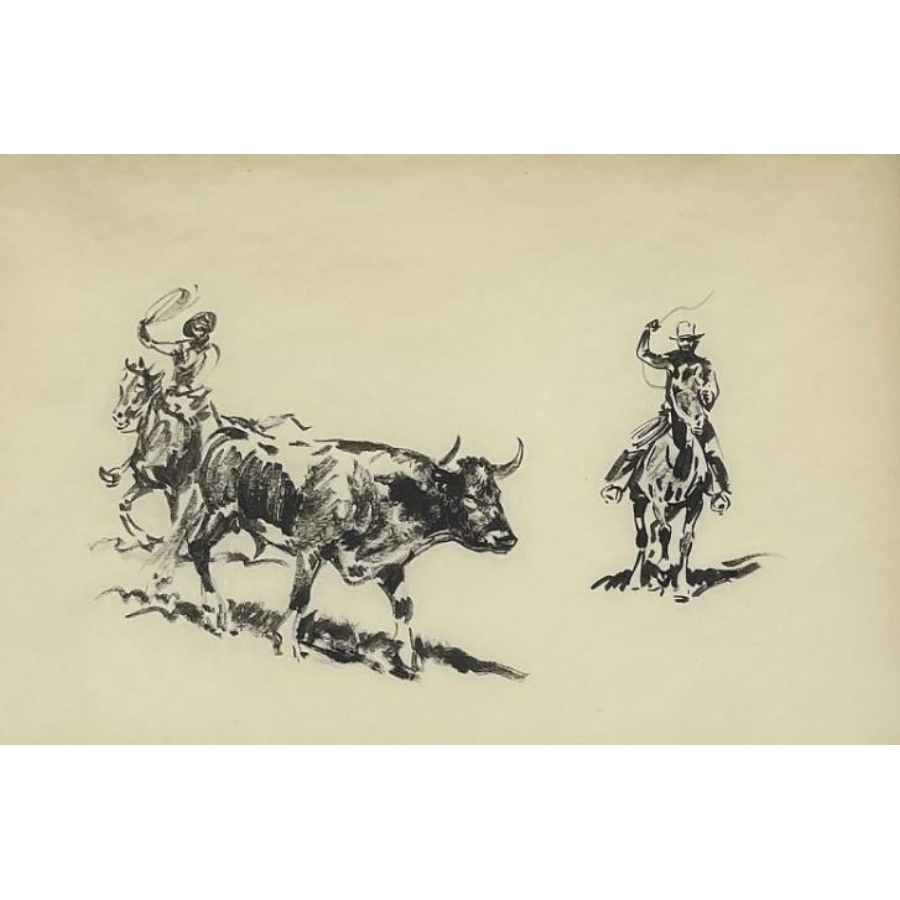 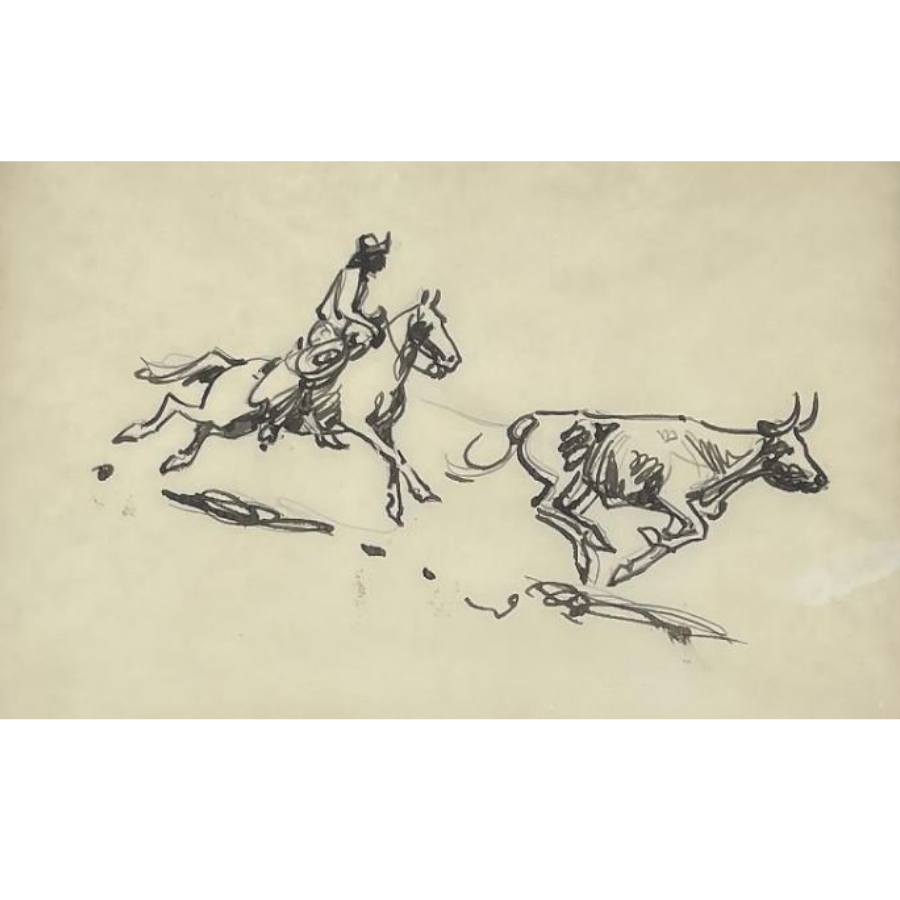